The first therapeutic assessment in my record, from July 2021, reads: “47 y.o. M with history of trauma and anxiety, with symptoms of PTSD, GAD, and depression.” In other words, some of this and some of that: post-traumatic stress disorder, general anxiety disorder, and depression. With a tip of the hat to my recent crisis, I am “prone to catastrophic thinking, presenting loss of interest, and exhibiting racing mind and heightened nerves.” There’s also a visual: “He is dressed casually in T-shirt, jeans, and flip-flops. He makes good eye contact, is pleasant and cooperative, and communicates calmly, though sporadically tearful.”

Indeed, anxiety and depression slept together in my bed. But toward the end of my recent two-year struggle, depression eventually moved to the center, pushed anxiety to the side, and stole the covers.

I experienced depression as a dark cloud hanging over my life, sometimes emitting thunder, other times pouring down rain, still other times merely darkening everything in sight. It seemed to me that the cloud would never dissipate. The more I prayed, the worse things got. Or so it felt.

For me, as for many others who experience prolonged depressive symptoms, depression is a form of acute suffering. It affects us physically, mentally, emotionally, and spiritually. After all, we are psychosomatic beings. Whenever one “part” of us is negatively affected, the other “parts” of us feel the pain in one way or another.

Turning to God as Revealed in Scripture

For the first eighteen months or so of my two-year depression, I struggled daily to find spiritual reinforcement. I read through the Psalms twice, journaling my way through a devotional Psalter (Crossway). The Psalms gave me some hope. I especially resonated with the Psalmist when he wrestled God to the mat, when he expressed his feelings to God in a raw and vulnerable manner, when he cried out for the Lord to deliver him in the here-and-now.

I read through Hebrews 11 slowly. I gained some strength from heroes of the faith God delivered from immense challenges and trials (11:1-35). I tried to gain strength from the stories of faithful men and women who God never delivered in the here-and-now, who managed to be faithful even though God never gave them visible victory (11:35-40).

Turning away from God and toward a False Savior

Eventually, somehow and for some reason, I gave up. Though I am not aware of having made any such decision consciously, in effect I threw my hands up. If God would not lessen the nearly-unmitigated onslaught of negative circumstances, if the Great Physician wouldn’t provide any peace for my racing mind or balm for my frayed nerves, I would have to seek help elsewhere.

I turned to alcohol. I knew exactly what alcohol would give me. One drink would give a bit of relief to (what I now know as) my PTSD symptoms. Two drinks would give me even more relief. Eventually, I learned that if I had enough to drink, I could sleep through the night (and toward the end, through large parts of the day).

Yet, alcohol is no savior. It promised salvation, but couldn’t deliver. It gave me what it promised—relief—until…it didn’t. Indeed, soon, instead of calming my racing mind or soothing my nerves, it drove me further into depression and became a fertilizer for my personality deficiencies and character flaws.

Returning to God as Revealed in Scripture

After six or nine months of deep misery exacerbated by alcohol abuse, I was diagnosed with PTSD and given a brain-based therapy and physical therapy that reconnected “left brain” and “right brain” and began to restore me physically. With my brain and body in better shape, and having quit alcohol, I now was ready to reconnect with the God who had never ceased actively to love me, evn in the midst of my suffering and unbelief.

As I mentioned earlier, Scripture is replete with stories of God’s active love for his people even in the midst of our great suffering. For good reason, the Bible calls us repeatedly to “remember” the God who acts in history, the Hound of Heaven who has always relentlessly and lovingly pursued his beloved even—and especially—in the midst of their pain.

As I slowly but surely began to reconnect with my Heavenly Father, he began to show me—via experience—that pain is the pathway to spiritual progress. He removed the “cover” of my heart and revealed levels of unbelief and various character flaws. What I had thought was a deep and mature faith in God was in fact not as deep or mature as I thought. My faith had been softened by a relatively painless life, and mixed with confidence in my own ability to produce.

I began to realize the extent to which I had brought my own desires, assumptions, and character flaws into my experience of suffering. I had brought my ego along, as well. Egocentrism—or pride, as Scripture calls it—might reveal itself in arrogance when life is going well, but it often reveals itself in insecurity, fear, and anxiety when life is not going so well.

To compound the matter, I had brought unrealistic expectations into my period of suffering. Ironically, even though my academic expertise included theology—a discipline that forces one to grapple with Christian teaching about life in a fallen world—I somehow expected that my life would not or should not include serious adversity.

What the Doctors Could Not Diagnose

There are several things the doctors and therapists got right.

They were right that my nervous system and brain would never balance out, and my temptation to medicate with alcohol likely would not diminish, unless and until I underwent a medical-physical treatment (my treatment was EMDR) for PTSD. They were right that alcohol is a brutally counter-effective medication for serious problems. And they were right that I needed to develop some cognitive and behavioral tools (for me, Cognitive-Behavioral Therapy) for handling depression and anxiety.

Yet there is one aspect of my condition of which the doctors and therapists were unaware, and which they were unqualified to diagnose: the condition of my heart. As my depression had deepened, I became disconnected from God. I experienced depression as a thick wall separating me not only from other people but also from God.

Depression tempts us to curve inward rather than reaching out to God. We easily succumb to this temptation because, after all, it is the ordinary human condition is to curve in on ourselves. In my experience, during the later stages of my depression, I became tired of calling out to God and soon became skeptical about the benefits of waiting on God. Eventually I gave up on “spiritual warfare” and chose merely to survive each day.

This is what the doctors and therapists could not diagnose. Yet, thankfully, there is a physician—the Great Physician—who was quite capable of diagnosing and who patiently pursued me until I came back to my senses. This diagnosis—for the sake of linguistic levity, let’s call it Post-Traumatic Spiritual Disconnection Disorder (PTSDD)—will be the topic of the next few installments of this series on depression. 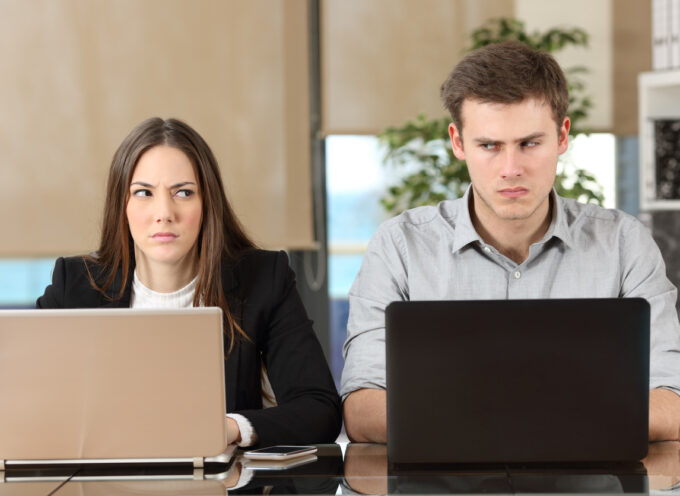 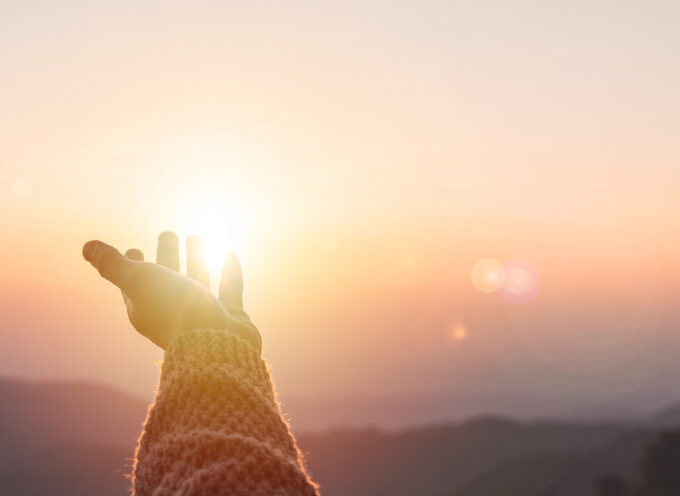 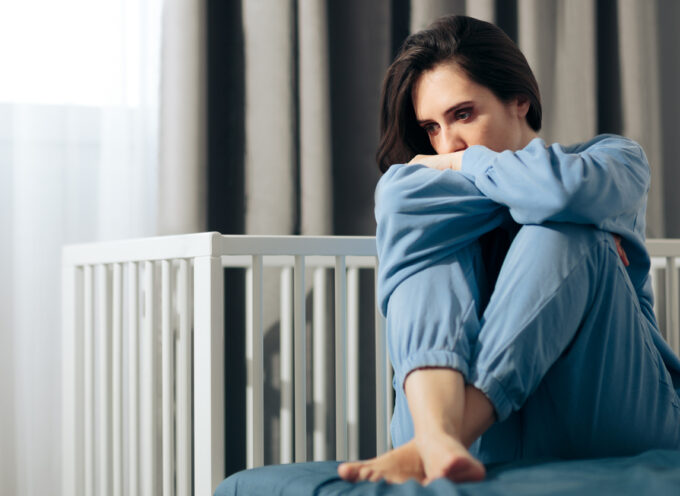 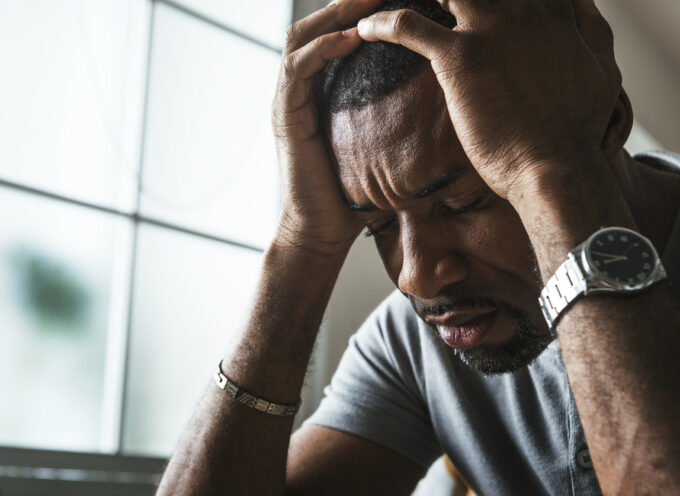 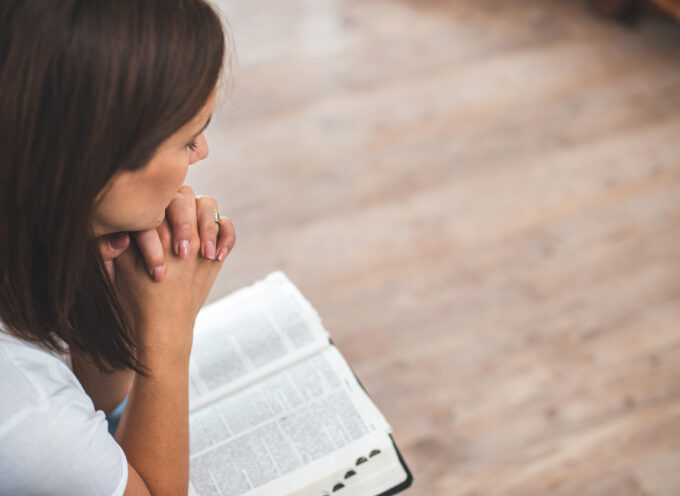