“This is the 21st century and we would all like to think racism is dead in America,” Alveda King wrote recently. “[But in reality], that’s not the case: still there are some racial issues that are out across this nation, and so we have a responsibility as compassionate citizens of America, no matter what our ethnic group happens to be, to confront these issues when they arise.”

King is right. Racism is not dead in America. Although our nation has made significant legal advances in overcoming racism, we still experience racism in the form of personal prejudice and sometimes also in the form of corrupted cultural institutions.

Maybe that is why, over the years, a number of critics have tried to undermine the legacies of historic civil rights leaders either by obsessing on those leaders’ character flaws or affiliations, or by fabricating the same.

Rosa Parks is one of those civil rights leaders who has been smeared. Thus, in light of Rosa Parks Day (Feb. 4), I offer a brief “explainer” and defense of Parks’ life and legacy.

Born Rosa Louise McCauley in Tuskegee, AL, on February 13th, 1913, Parks grew up in the throes of Jim Crow segregation in the South. She was raised by her mother and grandparents and was known for both her shy demeanor and her determination to stand her ground when threatened.

In 1932 she married Raymond Parks, a Montgomery barber and political activist who played a role in campaigning for the “Scottsborough boys,” a notorious trial that would lead to judicial reform for African Americans.

It was through Raymond Parks that Rosa was introduced to the NAACP, attending her first meeting of the Montgomery chapter in 1943. Parks quickly assumed an active role in the organization, traveling throughout Alabama “collecting stories” of racial injustice in order to help bring cases to the Dept. of Justice.

In 1944 she worked briefly at Maxwell Air Force Base, where she received her first exposure to a racially-integrated community, an experience which left a positive impression on her and influenced her later activism.

In 1955, in the wake of Brown v. Board of Education, which officially desegregated public schools, Parks attended a workshop on the integration of schools at Highlander Folk School, a training center in southern Tennessee for southern civil rights activists. With such inspiration fresh in her mind, it would only be four months later that she would make her protest aboard a Montgomery city bus.

On December 1st, 1955, Parks boarded a bus on her way home from work and sat in the segregated non-white section on the rear half of the bus. As buses filled up with white passengers, bus drivers had the prerogative to block off rows of seats from the “colored” section and reserve them for white passengers. According to Montgomery city code, bus drivers also bore police authority to enforce bus segregation and to call for the arrest of any troublemakers.

The evening of December 1st was not Parks’ first interaction with that particular bus driver; twelve years prior, James Blake had infuriated Parks by driving off when he forced her to disembark and re-board from the “colored” entrance in the rear of the bus. In order to make room for more white passengers, Blake ordered Parks’ row vacated. In response, Parks refused to give up her seat, stating that she was “tired,” and was promptly arrested.

Parks had four days earlier witnessed a gross miscarriage of justice when the two white men accused of torturing and murdering a 14-year-old black boy were acquitted by an all-white jury. This frames Park’s famous statement that she was “tired”—she was not only physically tired, but tired of giving in and rolling over in the face of oppression.

The December incident with Parks was not the first time the City of Montgomery had witnessed protest over bus segregation. In March of 1955, Claudette Colvin had been arrested for a similar refusal to capitulate. In the wake of Colvin’s arrest, Parks helped agitate for a boycott of the bus system through her role with the NAACP, but ultimately it failed to materialize; civil rights leaders considered Colvin too “feisty” and “uncontrollable” for her case to serve as a landmark trial. In many ways, Parks was Colvin’s opposite, seen as the perfect candidate because of her quiet demeanor, marital status, and an upstanding membership in society.

Upon Park’s arrest, the black community rallied, organizing behind the efforts of Martin Luther King, Jr. and Montgomery’s black churches, and vowed to boycott the Montgomery city buses. On the morning of Monday, December 5th the Montgomery buses stood empty. The boycott would last well beyond Parks’ trial, ending 381 days later on December 20th, 1956, when the Supreme Court ruled bus segregation unconstitutional.

After her 1956 arrest, Parks rose to prominence in the civil rights movement, even as she suffered unemployment and public criticism in the wake of the attention garnered by her case. In 1957 Parks, her husband, and her mother moved to Detroit, hopeful that life would be different once out of the South. Such dreams would not prove true, and Parks struggled to find work.

In the midst of these struggles, Parks continued her activism, becoming involved in advocacy for works and housing rights. In the 1960’s she became involved in protests of the Vietnam war, spoke out during the decade’s deadly Detroit riots, and eventually was hired by John Conyers as a secretary after working in his 1965 campaign. Parks lived in Detroit until she died in 2005, and became the first woman and the third non-government official to lie in honor in the rotunda of the US Capitol building.

Most Americans recognize that Parks’ legacy should be tied to her non-violent protest in the face of an unjust law. However, some critics argue that she should not be honored because, they claim, she was a Communist and an affiliate of the Black Power movement.

In response to those criticisms, we should note that Parks was never affiliated in an official capacity with communist organizations, and she never seems to have advocated for communist ideology directly. She and her husband did attend meetings of the Communist Party, which was active in the South following the Depression era, and which was deeply involved in the Civil Rights Movement. And yet, one can understand why a black couple in the South would attend meetings that supported the Civil Rights Movement.

Other critics note that Parks was associated with the Black Power movement. Parks stated that she viewed Malcom X as her hero, was outspoken during the 1960’s Detroit riots, and helped advocate for black political prisoners who were black nationalists. And yet, her life was characterized by nonviolence. She was exhausted by the impracticality of “gradualism” (the view that racism should be dismantled slowly) and looked for ways to end racial injustice more quickly. “I don’t believe in gradualism,” she declared, “or that whatever should be done for the better should take forever to do.” So, while ethnic nationalism of any variety is harmful to a democratic republic, Parks’ motivations and her life-pattern of nonviolent resistance should protect her from critic’s attempts to dismiss her legacy.

The Significance of Rosa Parks

Rosa Parks’ life is significant in many ways, including her prophetic witness, long endurance, and relevance for public life today.

Rosa Parks’ enduring legacy is rooted in the setting of her actions on that fateful December evening on a Montgomery bus. She had been known for her “quiet strength” even from a young age, and the Montgomery bus protest revealed not only her unwillingness to tolerate gross injustice any longer, but also her resolve to stand firm regardless of the consequences.

Parks’ protest, therefore, presents us with a model of prophetic witness. Her nonviolent protest and dignified resolve is reminiscent of the three Israelites cast into Nebuchadnezzar’s furnace. Similarly, it illustrates various Proverbs that rebuke the wicked and the foolish. She stood against the wickedness and folly of racial injustice, and did so in a nonviolent manner throughout her protest, arrest, and trial.

The Montgomery bus protest was the zenith of Parks’ presence on the public stage, but it happened less than halfway through her life, and many Americans know little else about her life. In fact, despite the fact that Rosa Parks soon became a household name, she spent her later years in near obscurity and tragic poverty, continuing hard at work in her advocacy for the downtrodden. Throughout her late 80’s she was plagued by poor health and an inability to pay rent. Adding injury to insult, in 1994, she was even robbed and assaulted in her own house.

Thus, Parks’ life is a reminder of the hardship often faced by persons who take a stand for injustice. If we wish to speak the truth to power—on any social or cultural issue—we cannot be guaranteed comfort or security. In fact, as the apostle Paul instructed Timothy, Christians should expect opposition (2 Tim 3:10-17). A Christian’s reward might not be reaped at all until Christ returns.

Each year, Rosa Parks Day provides a special opportunity for Americans. For white Americans like myself, it offers a time to reflect upon the historic sins of many of our forefathers and upon the lurking temptations of racial sin today. As I’ve written elsewhere, we need to reject secular paradigms for overcoming racism in order to find better and more theologically sturdy ways of fighting racial injustices we see perpetrated by prejudiced individuals or embedded in cultural institutions.

As I’ve mentioned repeatedly at this website, there are many ways in which white Evangelicals admirably represent Christ and his gospel. I am convinced, however, that overcoming racism is not yet one of the ways that we represent him consistently and admirably. Let us pray that the King of all nations will help us to repent of our sins, repair our ignorance, and carve out a path of gospel faithfulness for the sake of our souls, for the love of our black brothers and sisters, for the health of the church, and for our witness to the world.

An article this brief cannot do full justice to Parks’ life or legacy, so I offer links to other resources that expand upon the minimal comments offered here.

An Evangelical Conservative’s Guide to the Alt-Right (Bruce Ashford)

Chuck Colson’s “The Woman on the Bus: The Faith of Rosa Parks 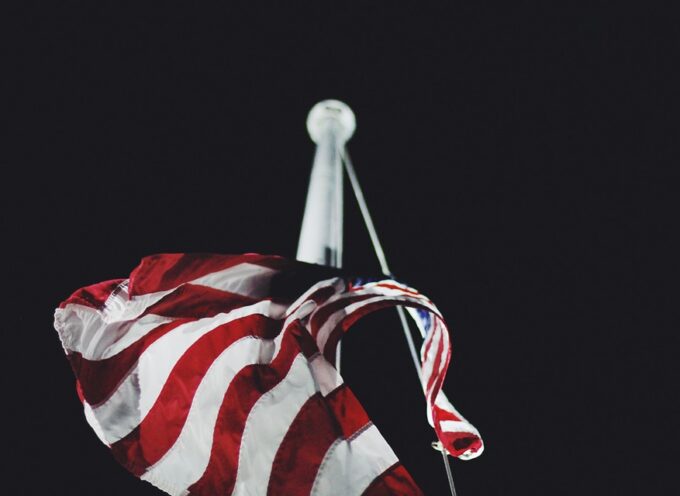 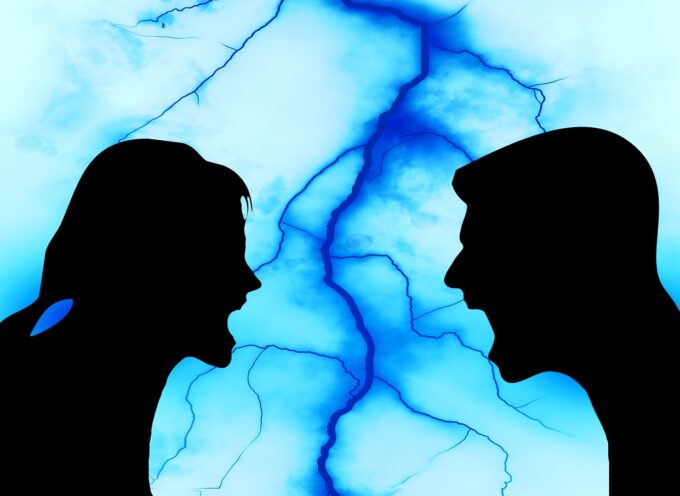