During the upcoming year, I will be researching the authoritarian and totalitarian impulses that exist in Western societies. In November, I read Hannah Arendt’s reflections on how to spot and resist totalitarian movements and Augusto Del Noce’s The Age of Secularization and The Crisis of Modernity, which argue that scientism and eroticism have combined to create a soft totalitarianism that is disintegrating Western society and its historic institutions.

Next, I will be reading Raymond Aron’s Opium of the Intellectuals, Mircea Eliade’s The Myth of the Eternal Return, Aleksandr Solzhenitsyn’s The Gulag Archipelago, and the Sacred Congregation for the Doctrine of the Faith’s Instruction on Certain Aspects of the “Theology of Liberation”.

That said, one of the most interesting books I’ve read recently is Polish political philosopher Ryszard Legutko’s The Demon in Democracy: Totalitarian Temptations in Free Societies. In it, Legutko compares and contrasts the 20th century Soviet Union with the 21st century West, concluding that they are all too similar in succumbing to totalitarian temptations. Legutko is well-positioned to draw the analogy, having lived as a dissenter under Soviet rule and, later, having served as a member of the EU’s European Parliament.

As I read the book, I took notes, summarizing his arguments and capturing some of his best quotes. In this post, I’ll provide a brief summary of the book, interspersed with some quotes, with minimal commentary from me. At some point in the future, after I’ve finished processing what I’ve learned, I’ll publish an essay interacting with his thought, critiquing it, and applying it to totalitarian temptations in the United States. For now, here is the summary, organized by chapter headings.

Legutko begins by noting that, in the 70s, he managed to leave Communist Poland briefly to travel to the West. To his surprise, many of his liberal democratic conversation partners were meek and empathetic toward Communism. Furthermore, after Communism collapsed, its leaders were quickly accepted and easily became comfortable as part of liberal democratic leadership. He realized that there is more similarity between the two ideologies than he ever suspected.

Next, he reflects on his experience serving in the EU’s European Parliament:

Even a preliminary contact with the EU institutions allows one to feel a stifling atmosphere typical of a political monopoly, to see the destruction of language turning into a new form of Newspeak, to observe the creation of surreality, mostly ideological, that obfuscates the real world, to witness an uncompromising hostility against all dissidents, and to perceive many other things only too familiar to anyone who remembers the world governed by the Communist Party. (4)

Summary: Both Communism and liberal-democracy are skeptical about the past and optimistic about the future. Both are deterministic, arguing that their triumph is inevitable, that they are on “the right side of history.”

Not only should the state and the economy be liberal, democratic, or liberal-democratic, but the entire society as well, including ethics and mores, family, churches, schools, universities, community organizations, culture, and even human sentiments and aspirations. (21)

Summary: Both Communism and liberal-democracy claim (either explicitly or implicitly) that the full implementation of their principles will bring universal flourishing and harmony.

Both ideologies present dissenters as sinners:

Attacking the socialist order was therefore not a normal political activity, but a monstrous sin, an assault on the most precious achievement in the entire history of humanity. (44)

[Liberal democrats find it] equally difficult to imagine that anyone who is morally balanced and of a sound mind could in good faith act against liberal democracy and the ideals it embodied. (44)

Both ideologies present themselves as “the final solution.”

Utopia is…a bold project, bolder than others because it aims at a solution to all the basic problems of collective life that humanity has faced since it began to organize itself politically. Utopia is…the final solution. Following its implementation, injustice, poverty, tyranny, and other political sins will disappear once and for all. Their disappearance will be structural and not depend on contingent factors. (47)

Summary: Both Communism and liberal-democracy think the mechanism for change is politics. Since injustice and inequality can be found in every sphere of culture, everything is politicized. Each individual sphere, and the institutions within those spheres, must be politicized.

Legutko argues that both ideologies politicize everything:

Communism and liberal democracy are related by a similarly paradoxical approach to politics: both promised to reduce the role of politics in human life, yet induced politicization on a scale unknown in previous history. (73)

Liberal democracy has created its own orthodoxy, which causes it to become less of a forum for articulating positions and agreeing on actions than—to a much higher extent—a political mechanism for the selection of people, organizations, and ideas in line with the orthodoxy. (82)

In a liberal democracy seemingly everything is permissible, but politically incorrect events immediately trigger an avalanche reaction of resistance: intellectuals protest, journalists on television trigger their faces in moral indignation, comedians use the whip of satire, and the lumpen-intelligentsia, delighted with all that indignation, whistle, heckle, stomp their feet, and demand exemplary punishment of the perpetrators. (104)

Summary: Both Communism and liberal-democracy prefer indoctrination to persuasion. Indoctrination often takes place through political correctness and language-policing. They dislike and sometimes hate classical metaphysics, religion, the church, moral conservatism, and the nuclear family unit. Their a priori ideology is manifestly true; any real questioning of it is not only foolish but dangerous. They fixate on a couple of things that they refer to endlessly (e.g. proletariat, sexual liberation) and want their utopia so badly they’re eager to totalize and control in order to achieve it.

Marx and Engels argued that people aren’t in control of their own views. Unconsciously, a person’s views are derived from their specific historical moment, especially as it concerns politics and economics. In other words, “truths” are not timeless. This view helped Communists because:

It allowed discrediting one’s opponent without entering into a substantive argument. There was no sense in analyzing the opponent’s views on their merits, such an analysis being usually inconclusive and politically inefficient. It was much better to show that his views represented his interests and were conditioned by his social and economic position. (114)

Public life is now full of mandatory rituals in which we prove our liberal democratic worth. We condemn the usual villains, praise the usual heroes.

In each system the artists and intellectuals willingly gather in herds; they treat dissenters and outsiders with contempt and enmity; they shamelessly enthuse over idiocies that bear the stamp of modernity and exhibit a revolting temerity in the face of what they consider to be the imperatives of the times. (124)

Summary: Both Communism and liberal-democracy consider traditional institutions (e.g. family and church) are the enemy of progress. They think that human spirituality can be ignored or privatized on the way toward implementing their social, cultural, and political postulates. And once the public square is severed from religion, the totalitarian temptation is unrestrained.

Marx hated religion and contended it would wither away. Communists and socialists hate religion also. They know that the Catholic church and Christianity were the biggest barriers to complete victory. Similarly, from the beginning, many liberals also were skeptical and even hostile toward religion. They blamed the “wars of religion” on religion rather than on nation-states who incited the people by using religion.

Removing Christianity from the public square, be it directly or indirectly, was a decision taken not only against religion as such, and against this particular religion, but against certain political ideas having a long and honorable tradition, which could have had a positive effect on the institutional order and on our thinking about politics. (155)

Legutko opines that the communists of old would be jealous of the anti-religious gains of today’s liberal elites:

If the old communists lived long enough to see the world of today, they would be devastated by the contrast between how little they themselves had managed to achieve in their antireligious war and how successful the liberal democrats have been. All the objectives the communists set for themselves, and which they pursued with savage brutality, were achieved by the liberal democrats who, almost without any effort and simply by allowing people to drift along with the flow of modernity, succeeded in converting churches into museums, restaurants, and public buildings, secularizing entire societies, making secularism the militant ideology, pushing religion to the sidelines, pressing the clergy into docility, and inspiring powerful mass culture with a strong antireligious bias in which a priest must be either a liberal challenging the church or a disgusting villain. (167)

At the end of the day it turned out that the fear of religion was justified: the Pope had indeed far more troops than the communist dictators. It is quite possible that the anti-Christian crusaders of today are haunted by a similar fear. (160) 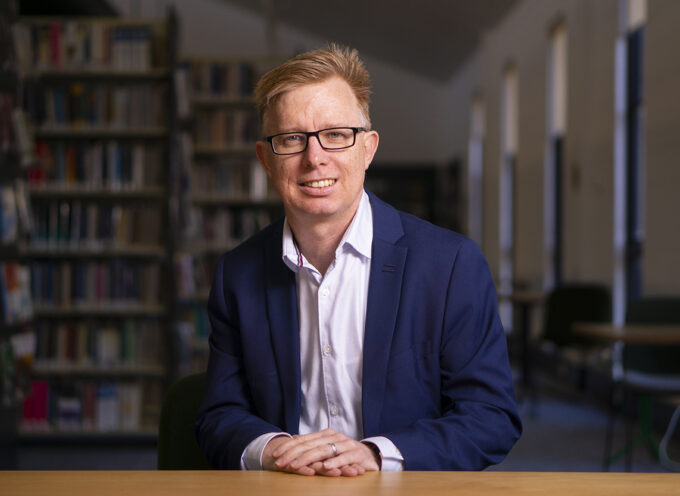 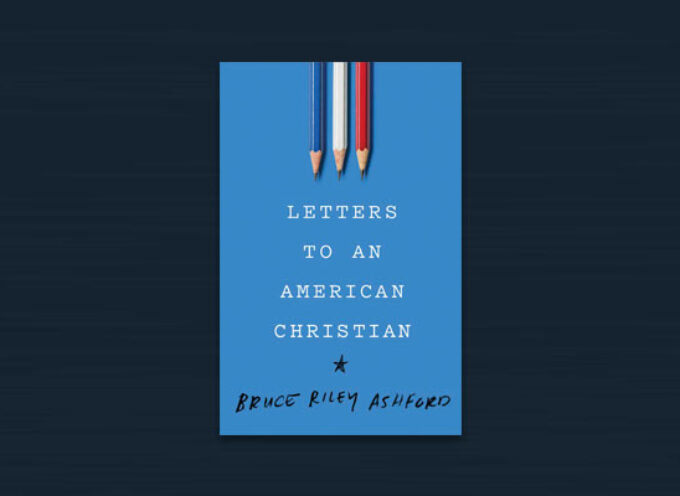 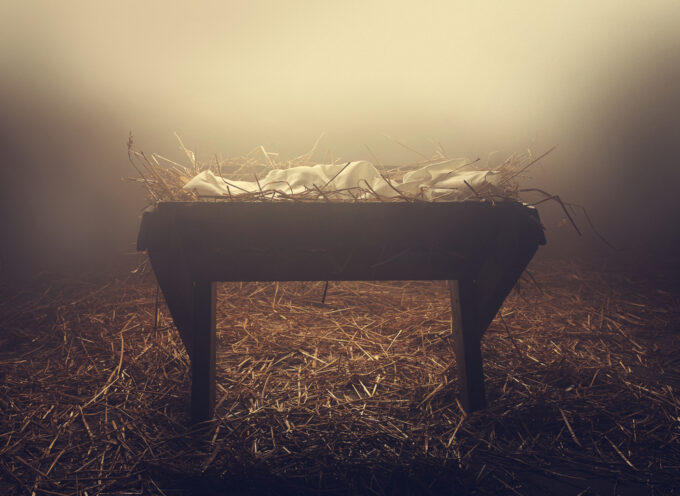 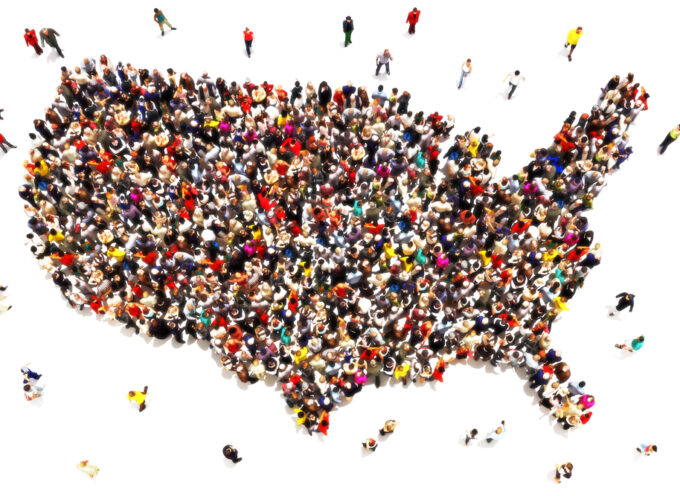