Only those Americans whose heads were buried deeply in the sand could have missed the emergence and significance of the alt-right movement during the past two years. Although the alt-right had existed for years as a loose confederation of white identity groups, it burst onto the political scene in 2015. Differentiating itself from older white identity, white nationalist, and white supremacy groups, the majority of the alt-right movement is composed of Millennials who get their thrills from Internet and social media provocation.

More than anything, however, they draw their energy from a number of contemporary thinkers, including insiders such as Richard Spencer, Jared Taylor, Matthew Heimbach, Andrew Anglin, and sympathetic outsiders such as Milo Yiannopoulos.

Richard Spencer is the alt-right’s most prominent thought leader and spokesperson. Educated at U. of Virginia (B.A.), U. of Chicago (M.A. in Humanities), and Duke U. (completed part of a PhD in European Thought before dropping out), Spencer chairs the National Policy Institute, a think tank that advocates for white nationalists. He seeks a white European ethno-state, catalyzes internet trolling against persons who oppose white nationalist views, and sports a “fashy” (the haircut of choice of the Hitler Youth).

At the core of his belief system is a statement he repeats often in various iterations: “Race is real, race matters, and race is the foundation of identity.”

Spencer rose to the top of the news cycle after leading a Washington, D. C. rally in November just after the election. Speaking to the crowd, he said, “We are not meant to live in shame and weakness and disgrace. We were not meant to beg for moral validation from some of the most despicable creatures to ever populate the planet.” After speaking, he shouted, “Hail, Trump!” Hail, our people! Hail, victory!” as some members of the audience raised their arms in ironic Nazi salutes. Spencer and his associates refer to this gesture ironically as “heilgate.”

Jared Taylor, perhaps the second most prominent alt-right thought leader, is former chairman of the National Policy Institute, current editor for the American Renaissance newsletter. He was educated at Yale (BA in Philosophy) and Institut d’Etudes Politiques de Paris (MA in Int’l Economics), and is fluent in Japanese and French.

Taylor aims to make white-nationalism a reasonable and acceptable ideology for today’s political landscape. He has written a number of books, wants to be known personally as “a respectable academic source for racists,” and is best known for promoting “scientific racism,” which highlights “natural differences” between various ethnicities in terms of intelligence, social productivity, etc.

An anomaly among white nationalists, he claims to have no animosity towards Jews (though some observers beg to differ); in 2006, he broke ranks with David Duke and the KKK over their anti-Semitism. Instead, his fight is against black, Latino, and Muslim communities.

Matthew Heimbach is the youngest of the prominent alt-right leaders. Heimbach graduated from Townsend University in 2013, and has already founded several organizations, including the Traditionalist Youth Network (which grew out of his prior organization of Youth for Western Civilization), focused on “white pride” on college campuses.

With his father-in-law, Matthew Parrot, Heimbach founded the political wing of the TYN, the Traditionalist Workers Party, a white-nationalist, anti-Jew, anti-gay organization that seeks a separate white ethno-state in which families can raise their children according to “traditional values” (i.e. “blood and soil”).

He is a key leader in the Nationalist Front, a group of white-nationalist organizations that have formed a coalition for the sake of a unified cause in light of re-emergent nationalist and white identity movements.

He is known for a number of other things including, recently purchasing land in Indiana to build a commune for a traditionalist society, being sued by a Black Lives Matter activist for assault at a Trump 2016 campaign rally, expressing disillusionment with President Trump, and clashing with anti-fascist groups on college campuses.

Andrew Anglin is the founder and editor of The Daily Stormer, a neo-Nazi blog styled after the former Nazi propaganda newsletter Der Stürmer. Anglin describes himself as a 1488er, a reference to the 14-word English phrase “We must secure the existence of our people and a future for white children” that harkens back to Nazi “blood and soil” ideology, and 88 as veiled allusion to the 8th letter of the alphabet, H (HH=heil Hitler).

He is also known as a neo-Nazi internet activist. He leverages social media to express his anti-Jewish and anti-black agenda, seeks to create an entertaining and compelling internet subculture of neo-Nazi ideology.

Milo Yiannopoulos, formerly editor at Breitbart News, is a British personality who styles himself as a political “pop-star” of the Alt-right. Of Greek heritage, he is flamboyantly gay, says he prefers black men over white men, and relies upon shock-performances that violate accepted social boundaries on matters of race and sex.

Yiannopoulos is known for his publications, including, for example, his “An Establishment Conservatives Guide to the Alt-Right” and his manifesto claiming that the Alt-right movement contains some legitimate white-nationalists but is composed mostly of young right-leaning anarchists whose racial vitriol is actually the expression of existential angst rather than actual racism.

An internet troll and social media activist, he was involved in “Gamergate,” a controversy regarding misogyny within gaming culture and a push back against feminists attempting to address the issue.

[Note: The current post is the second installment in a four-part series on the anti-gospel of the Alt-Right, including a summary of the Alt-Right’s ideology, a profile of its leaders, a response to FAQs, and a gospel-centered evaluation of it as an ideology and a movement.] 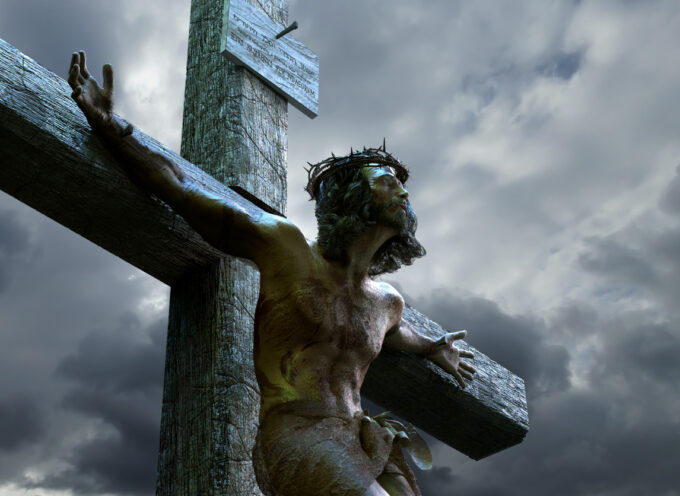